Google has announced the creation of Indian Language Internet Alliance (ILIA), in partnership with leading Indian technology and content companies, to promote the growth of of Indic-language content on the Internet.
Network 18 is one of the founding members of this initiative and is represented by IBN Khabar and MoneyControl Hindi.
ILIA wants to be able to turn 300 million Indian language speakers into active Internet users by 2017 and the alliance would work towards accelerate building of Indic language content.
To support its effort in showcasing Indian language content on the web, Google announced the launch of www.hindiweb.com, which, according to the company, would enable Hindi speaking Internet users to discover the best Hindi content across websites, apps, videos and blogs. Google also demonstrated Voice Search in Hindi, at its event in New Delhi.
According to Google's figures, there are over 200 million Internet users in India, about 16 per cent of its population of 1.2 billion. Practically all of the India's English-speaking population of 198 million is already online. The remaining 90 per cent of Indians who are not online tend not to be English speakers.
Google, which currently offers voice search in English, has also added Hindi language service and plans to add other languages like Tamil, Marathi and Bengali to the list in coming months.
"India has about 200 million Internet users with about 5 million new users being added every month with 100 per cent coming through mobile devices. At this pace, India will overtake the US in terms of number of users in the next 12 months," Google India Vice President and Managing Director Rajan Anandan told reporters here.
However, only 198 million people in the country are estimated to be proficient in English with most of them already on the Internet, he added. With that in mind, the Indian Language Internet Alliance (ILIA) has been formed, he said.
By Suresh Kumar Pakalapati at November 03, 2014

Email ThisBlogThis!Share to TwitterShare to FacebookShare to Pinterest
Labels: Google


The day is finally upon us - the Gmail 5.0 APK has landed, and we have it for your (production-signed) downloading pleasure.
As we've expected since we first saw the app more than a week ago, the new Gmail is very... "material." It's got a FAB, the beautiful thread interface we've come to know and love from Inbox, and a drawer that complies with guidelines. 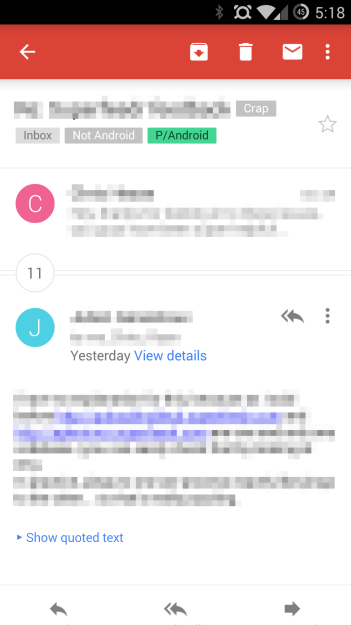 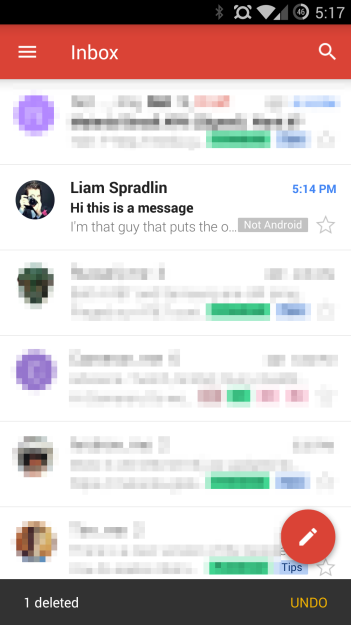 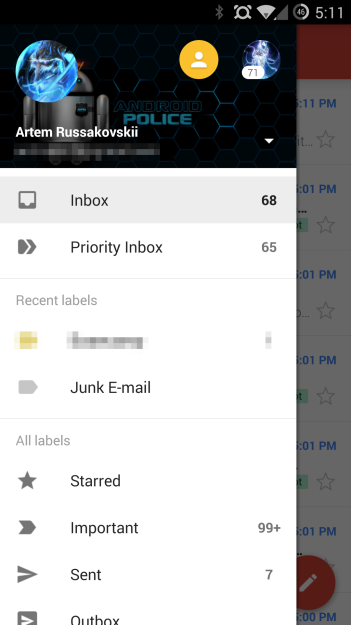 But Gmail's beauty isn't only skin deep - the app holds some new features, too. The first one we noticed is of course support for corporate/exchange accounts, a capability that obviates the stock email app and promises to unite all your inboxes under one roof (unless of course you're using Inbox, which supports neither Exchange nor Google Apps accounts). 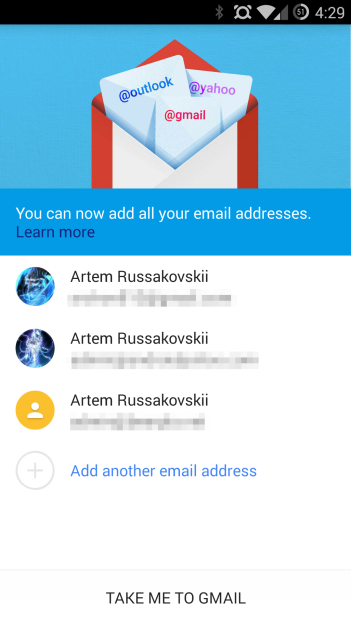 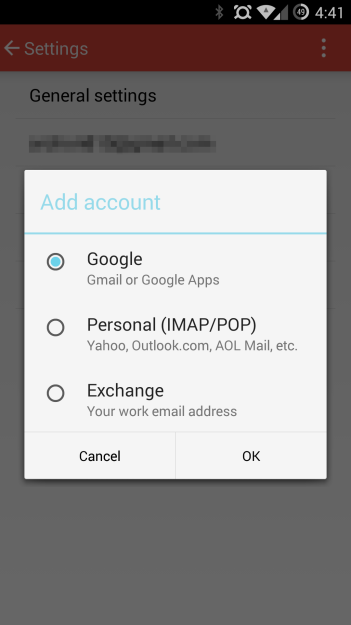 There may be even more goodies hiding in the new app, but while we dig around, head to the download below to get it for yourself. Note that if you want to enable Exchange support you'll need to install both of the APKs listed below.
Download
The APKs are signed by Google and upgrade your existing app. The cryptographic signatures guarantee that the files are safe to install and were not tampered with in any way. Rather than wait for Google to push the download to your devices, which can take days, download and install these just like any other APK.
File name: com.google.android.gm-5.0_(1520254)-5000600-minAPI14.apk
Version: 5.0 (1520254)
File name: com.google.android.gm.exchange-6.5-1520254-500064-minAPI14.apk
Version: 6.5-1520254
By Suresh Kumar Pakalapati at November 03, 2014